Before the pandemic we were going Rococo

Ritu Kumar is the most respected designerwear brand in India renowned for its distinctive use of colours, quality of fabrics, intricate embroideries, and a gloriously rich Indian aesthetic. Kiran Sahija spoke to the designer to understand her illustrious journey in the world of fashion, the challenges of being part of Indian fashion and the biggest changes she foresees as a result of the pandemic.

Fibre2Fashion: From being passionate about Indian art and culture to becoming a writer, how would you illustrate your journey?

I think, I don't know which one started first. I was studying history of Western art in America and realised during the course that in India we had little education on Indian art--made me very uncomfortable because I could not answer a single question in college on Indian art. When they compared it to Western art, they just thought and presumed that in India, we were given an equally sound education in artistry. So when I came back, I was going to be a painter and I did a painting course too, but I joined the Ashutosh Museum in Kolkata (Calcutta), probably not everybody knows that, to be able to study the disciplines of Indian art. It had sculptures, paintings, the other visual arts plus crafts. Something about the crafts programme led me to the villages outside Calcutta, a place where people had not gone to. And that's when I realised that we had lost almost all our textile crafts, just about 200 years before I got there, because the British took away most of the designs and they were printing them in Lancaster in England. I was in my 20s, and it had such an effect on me that I thought I would try and do something about this. So I discovered a village which at one time used to be a printing village--a place called Sirampur. It is on the banks of river Ganges in Kolkata. It was a Danish settlement and they used to travel to take all the textiles from India to Europe, because they all wanted cotton, printed suits and so on, so forth--there was no fabric like India in all of Europe. So, it became a complete fashion revolution in Europe. Of course 200 years later, the mechanical revolution came about and all the textiles and all the crafts in India kind of died, because they had been replicated by most of Europe, mainly found and sent to England. There was a famine in West Bengal, a place which had certified GDP at one time. So that is the Calcutta I got to know and visited. And its kind of disturbing. So one thing led to the other. I was a designer, I was a painter, so I could try and redo the blocks. And totally by accident, a story started, and the dots got connected. Without me even realising it--faith has a lot to do with it. I think I was perhaps meant to go to all these villages and all these cities and all these places all over India, because there was printing. Then I discovered what I called zardozi in some other village on the other side of the Ganges, and one thing led to the other. Then there was weaving. I happened to hit a very rich part of the country, as far as craft was concerned. So there was no end to it. And there is still no end to it.

Fibre2Fashion: You are a renowned personality; however, we would like to know something that is unknown to everybody.

An advice to most young designers who did not go out--don't look in the cities, the craft and the talent in India are lying there.

Fibre2Fashion: With 50 years long legacy behind you, what do you find most exciting, and conversely most challenging about being a part of Indian fashion now?

I must confess that, I am pleasantly surprised to see the India of today, in terms of fashion. We had done so much export alongside being in the Indian market--all my 50 years and when I used to go to Europe, it used to look like another planet, as compared to India, where we were not allowed to import a zip or a button. It was completely two different things--the ethos of fashion in Europe is that people looked up to these Lui Vuitton labels and so on, it was a serious way of commercial consumption. And that's the only way I can put it. When I came back to India, I thought I was in some other zone altogether, because here we were trying to be as normal and natural as possible. This was just after the freedom movement, and India got its independence. So I became perhaps one of the first few barefoot doctors going into the field, discovering. At that time, there was no way of telling where you are going and what you are going to find as there were no telephones, there were very few cars, no place to live in. So I learned about Indian crafts, and its history the hard way but the correct way. Well, what worried me more than anything, is that they (the Western world) had such a powerful voice, because of very deep pockets, and great ability to be able to publicise what they were doing. Just the whole world was wearing the little black dress and when yellow was a hero, no, when, let's say emerald green was the colour of the season the following year, regardless of which country, where, what, whether--the whole world felt miserable if they were not wearing emerald green. And then I came back to my country and said hello, this is now Diwali and we wear red. So, you know where this is coming from? So, it was fashion with no touch to the realities of a culture, of climate and its traditions. And today, what delights me totally is that we are the only country which has an indigenous handwriting which has come out of the roots of this country, and it is not being imposed by anybody. It is happening because it is our reaction to our culture.

Fibre2Fashion: What is the signature style or niche of your brand and how challenging is it for you to stick to a particular niche?

You know, I'm very lucky that I have not had to stick to any particular niche. The more you discover and the more you dig, the more you will find. Our bandwidth in India on textile is so large that I think it would be amazing if somebody could really exhaust it. So I had a very challenging and very interesting life. As far as my collections are concerned, one barely ever has to repeat an idea because there were so many ideas sitting there which nobody had even touched upon.

Fibre2Fashion: Do you think that today’s generation is aware of indigenous fashion of India and Indian textiles?

What the younger generation is doing is, they are mixing their jeans with a kurti but a kurti perhaps has bandhani on it, or it has hand block printing on it, doesn't necessarily have to be only polka dots. So you know, there is this amalgamation that has taken place, and it is very enriching for our country. We have, I think, the biggest wardrobes in the world.

Fibre2Fashion: Consumers today are increasingly looking for sustainable garments. Do you think the trend is picking up here and how are you achieving your sustainability goals?

We have never really done sustainable garments. This is one country where we don't like to throw anything away particularly if its beautifully woven. If it tears, they take the board and stick it on to something else or do away. We have the most innovative recycling system in the world. So I don't think that fast fashion has affected us very much and it is not part of our culture. Of course, the younger generation might also be doing it. There is no harm in that, because you have to experiment with your styles and your fashion. But I think our country of all countries has the least risk for this to happen.

Fibre2Fashion: What are the biggest changes you foresee in the world of fashion, as a result of the pandemic?

My feeling is just before the pandemic we were going Rococo (out of style and old-fashioned). The classics were getting a little ignored, and very over the top, blinging things were coming out. We did not necessarily have anything to do with the Indian cultural history that seemed to have stopped. People are now referring to wardrobes particularly their bridal wardrobes thinking in terms of not themselves only but their children too. And we are a country where you can do that. You know I revived Karishma’s bridal outfit. It actually belongs to Sharmila’s mother-in-law's mother-in-law. And it was from Bhopal made in all gold and this is the way we keep things. I don't think this has anything to do with improvisation. It has something to do with tradition and continuity. I don't know of any country which can produce textiles like we can and so they are meant to be conserved.

Fibre2Fashion: According to you, what are the basic wardrobe essentials every woman should own to slay in style?

That is when fashion lastsI think a few reasonable classics are a pair of jeans, black trousers, a kurta some sort. And other than that, I think a saree, you can never go wrong with or any odhni, anything, which has that lasting quality. These are all essential because I know when I was in New York doing my scholarship, I kept wearing sarees all the time. Yeah, I couldn't afford the latest fashions and I didn't think that particularly suited me. So that was it. You could go anywhere. In our culture, there is no yes or no to fashion. It either comes from within you, and you react to it. And there should be no pressure.

Fibre2Fashion: Who is your style icon?

I think the Gandhis. I did something at that time--I bought my first saree that I printed, for Indra Gandhi. That was a very simple hand block printed saree in cotton. She put so much class to it. I mean, I could barely believe it was something I had done. And they still do. Even Sonia and Priyanka, who I work with quite often. So, it is that classiness that I like. All the sarees are either woven or hand woven or printed or the fixed craft that has been worked on--very rich in terms of crafts. 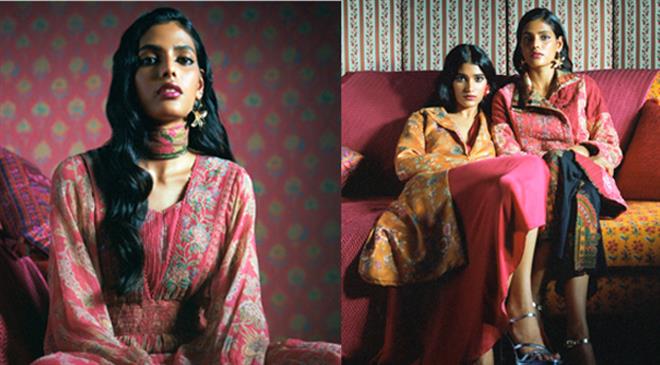 Luxury belongs to India
Luxury is a lifestyle, and fashion is just a minuscule part of it. Businesswise-the most visible or ...

Posted by
Abhay Gupta
Looking ahead: The Digital Revolution
A few years later, the same process is now taking place in textile printing, and this has never...

Posted by
Gabi Seligsohn
Dyeing needs to be sustainable
The focus in research and development (R&D) is now more and more set on new sustainable products...

Posted by
Fanny Vermandel
Indian textiles should not stop just at 'Make in India'
Indians are too enamoured of Hollywood. We can’t help it. We have been conditioned this way. The...

Posted by
Rahul Mehta
Make in India: Will we 'make' it?
Imagine a cricketer, once an exciting player but now aged 45, having put on oodles of weight, too...

Posted by
Rahul Mehta
The management of quality
Effective quality management starts with a quality policy. Effectiveness is the extent to which...

Posted by
Pradip Mehta
'Everything should be accessible to everyone'
It was not very long ago that people who shopped online in India were considered 'ahead of time'....

Posted by
Arun Sirdeshmukh
Sentiment Metrics
A recent PricewaterhouseCoopers (PwC) survey concluded that a majority of US companies are having...

Subscribe today and get the latest information on Textiles, Fashion, Apparel.